HANOI — From Thursday, barriers and warning signs in both Vietnamese and English have been erected and police officers have been deployed to enforce the closure of the famous train street in downtown Hà Nội.

Tourists seeking the unique sight are also turned away.

Hoàn Kiếm District says it will close and revoke the licences of all coffee shops lining the rail line by September 17 over safety concerns.

Some sections of track along the Hà Nội-Đồng Đăng railway line, where trains pass close to residential houses, have been popular with foreign tourists for many years. However, the spot’s popularity also poses a major safety hazard. The warning sign is available in both Vietnamese and English.

The move has received understanding from most people.

She said: “When the coffee shops are open, this railway is packed with people, including foreigners and locals, especially when the train is coming. They stand beside the railway line, and I have to stop them from gathering around to prevent any accidents caused by the trains.

Student Đỗ Đình Vũ agreed: “I usually come here to have a cup of coffee. However, I think it is necessary to ban coffee shops here because the pavement is very small, and some people even sit on the railway, which is very dangerous for them when there’s a train.” 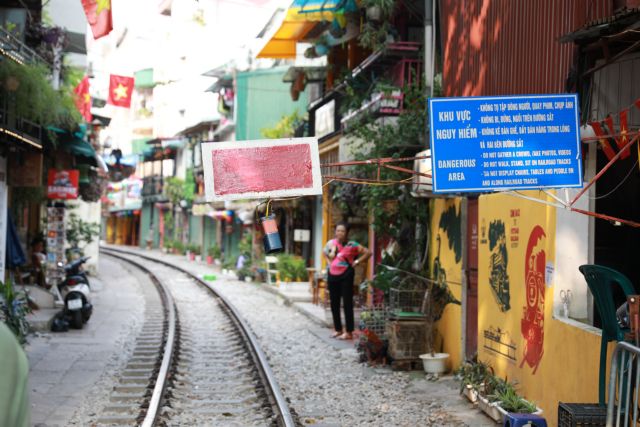 The once crowded area has become deserted following the closure order.

While many tourists who came to take photos and videos of the famous cafe were quite disappointed, Australian Jamie Williams doesn’t think it will affect tourism much in the long run.

She said: “I think the closure of the coffee shops will impact tourism a little bit, but I don’t think it will be a huge countrywide.”

The street was ordered to close in late 2019, but after Việt Nam reopened in March this year following two years of border closure, the coffee shops opened too and foreign tourists have been flocking to ‘train street’ once more On some sections of ‘train street’, there are still tourists taking videos and photos on the rail line, without much presence of enforcement. How to Make a HOTTER Nespresso Coffee | Nespresso Tips and Tricks

THE SCOOP: Coffee lovers won't have to choose between quickness, quality – Brazosport Facts

Letter to the editor: Coffee, anyone? | Letters to the Editor – The Bakersfield Californian

The Hoddle of Coffee: Tottenham news and links for Tuesday, September 13

How to Make a HOTTER Nespresso Coffee | Nespresso Tips and Tricks