A dark, rich history of coffee (with a bitter after-taste): The bean that took over the world

Have you ever scanned the blizzard of drinks on offer at your nearest Costa and thought, ‘I just want a cup of coffee’? If so, then maybe this book — more than 350 pages of dense political history of the erogenous little bean — isn’t for you.

But on second thoughts, perhaps we should know the extraordinary story behind our morning cortado. Where would we be without coffee, the wonder drug of the world?

The great French writer Honore de Balzac was a manic consumer. He worked relentlessly through the night, kept going by a continual stream of strong black coffee, often up to 50 cups. He died at 51, not unsurprisingly of caffeine poisoning. 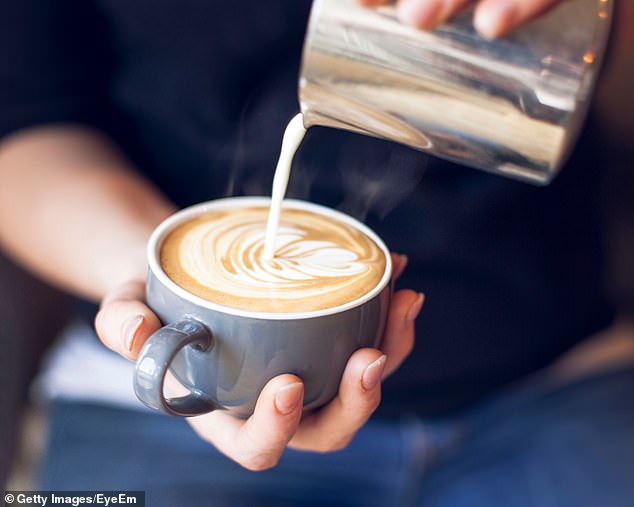 Where would we be without coffee, the wonder drug of the world? And the best sitcoms on TV would be lost without it

And the best sitcoms on TV would be lost without it. Curb Your Enthusiasm’s Larry David opened his own coffee shop, called Latte Larry’s, naturally; the cappucino-sluicing twenty-somethings of Friends lived on the stuff on the sofa at Central Perk (Phoebe drank the most, if you’re interested, which might explain her general excitability). As for Frasier and all the Cranes, they were regulars at the Cafe Nervosa, ordering pretentious macchiatos.

But the theme of Augustine Sedgewick’s hugely detailed book is considerably darker than all that. A Leftist New York historian, Sedgewick wants to portray the coffee industry as a metaphor for worldwide exploitation. Coffee, he writes, ‘is one of the most important commodities in the history of global inequality’.

Phew! But is that true?

Certainly the story of this book, focusing largely on one plantation owner in El Salvador and his family since 1889, has its fair share of exploitation and brutality. But it doesn’t mean that globalisation is the universal evil Sedgewick implies. We enjoy our morning coffee; the Brazilian coffee farmers grow it because they want to build a decent life for their families. 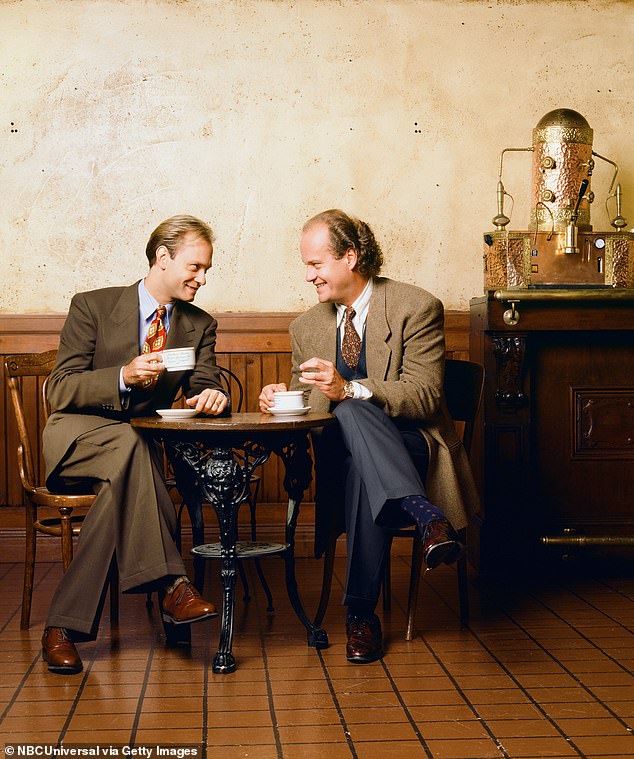 For Frasier and all the Cranes (pictured), they were regulars at the Cafe Nervosa, ordering pretentious macchiatos

Billions of cups of coffee are drunk around the world each year, bringing in billions of pounds in exports. The word itself is one of the most widely used on the planet. In the American Civil War, soldiers’ diaries referred to coffee far more frequently than bullets or rifles.

Coffee was native to Ethiopia, then took root in Yemen and was exported to the world from the port of Mocha. Of course. The first recorded coffee shop was in Constantinople in 1554.

In the middle of the next century it took off in Europe, where its medicinal qualities — giving the drinker a massive pick-up — were quickly appreciated. By the 1660s, hundreds of coffee houses were growing up all over London, places where men could escape their wives and put the world to rights — and wrongs.

But it was more than two centuries later that coffee started to spread across the world — and it was an Englishman who was behind it. James Hill was born in 1871 to a Manchester family in textiles and brought up in the teeming heart of the Industrial Revolution.

By the time he was 18 he was on a boat to Central America and made his way to the tiny country of El Salvador, arriving in 1889.

The coffee industry was beginning to take root and Hill, in marrying a local girl, inherited some plantations. El Salvador was a stable farming community, with its rich soil perfect for growing guavas, papayas, avocados, mangoes, tomatoes and much else.

But if Hill was going to get his coffee plantations to operate at full steam, he had to make sure that the local Indians needed work. Which meant making sure they couldn’t eat for free. Which in turn meant taking over common land and removing all the fecund trees and bushes. 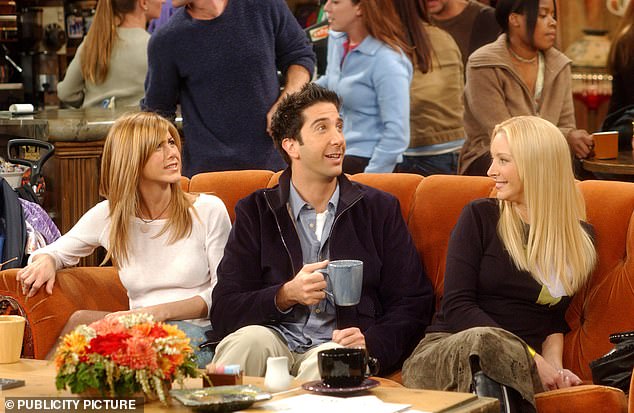 The cappucino-sluicing twenty-somethings of Friends lived on the stuff on the sofa at Central Perk (Phoebe drank the most, if you’re interested, which might explain her general excitability) (far right)

Hill’s workers had to turn up at 5.30am for a 6am start. He knew that, being hungry, they would work in order to eat, so a breakfast of tortillas and beans with coffee was delivered as part of the pay.

Brutal capitalism certainly, and effective in the short term. Within decades Hill had built up a vast coffee empire. He had also built up a colossal fortune.

The work was backbreaking and the workers’ conditions were terrible. In 1932, the inevitable explosion came: a few thousand Indian farmers revolted, equipped with just machetes, and were swiftly put down by the National Guard armed with machine guns. The death toll may have been as high as 50,000. Forget the coffee house, this was a charnel house.

The decades after were a period of growing instability in Central America. Tens of thousands died in the Salvadoran civil war of the 1970s and 1980s and, in 1979, Hill’s grandson Jaime Hill was kidnapped by guerrillas.

He was freed after a $4 million ransom was paid. Now there is relative peace and Salvadoran coffee is a high-end product. 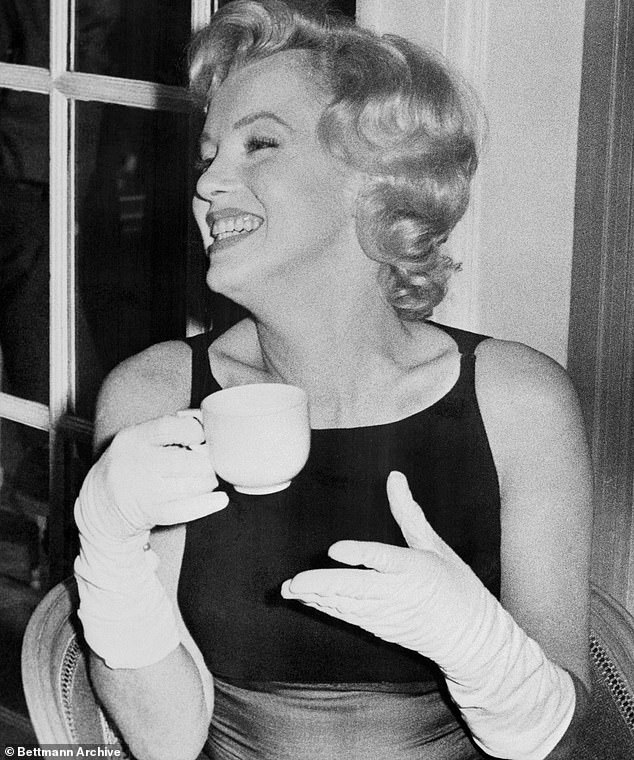 Billions of cups of coffee are drunk around the world each year, bringing in billions of pounds in exports. Pictured: Marilyn Monroe

It’s a rich and complex story and the book is full of glances at the history of the times, including the movement that legalised your morning coffee break, which has been enshrined in U.S. law since the mid-1950s after a chewy legal tussle. 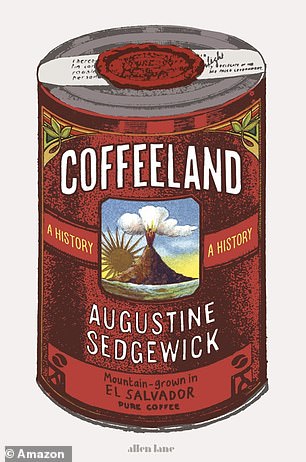 Phil Greinetz owned a weaving business in Denver, employing young men to work his looms in what was a very draining job.

When the men went off to war, Greinetz hired some middle-aged women who were quickly exhausted by the ‘primitive’ looms. Eventually, broken by fatigue, they suggested a couple of 15-minute breaks twice a day. With coffee.

Greinetz agreed and quickly noticed a rapid improvement in his workers, but he deducted 30 minutes a day from their pay.

In the ensuing legal actions Greinetz argued it was free time and he shouldn’t pay for it. Eventually, the Court of Appeal said that was rubbish: coffee breaks counted as work time and should be regarded as such. Which was good news for us all.

This is clearly a staggeringly well-researched piece of work. You suspect it started life as a dissertation: the Bibliography alone is nearly 20 closely printed pages.

I would have liked some illustrations: the story is peopled with vivid characters and scenes but you want to see them. It is a serious book and not an airport read at all — but then we won’t be going to airports any time soon.

When is The Best Time of Day to Have a Cup of Coffee?

All About Flavored Coffee

All About Flavored Coffee